This day was a tiring day, went to 2 different places today and we continue took the subway from Harajuku Station to Shinjuku. Shinjuku is very famous and has been in many movies including “Lost in Translation”, “Kill Bill” and “Shinjuku Incident” by Jackie Chan. Shinjuku always seems busy no matter what time of day you go there and Shinjuku Station, is one of the busiest station in the world. 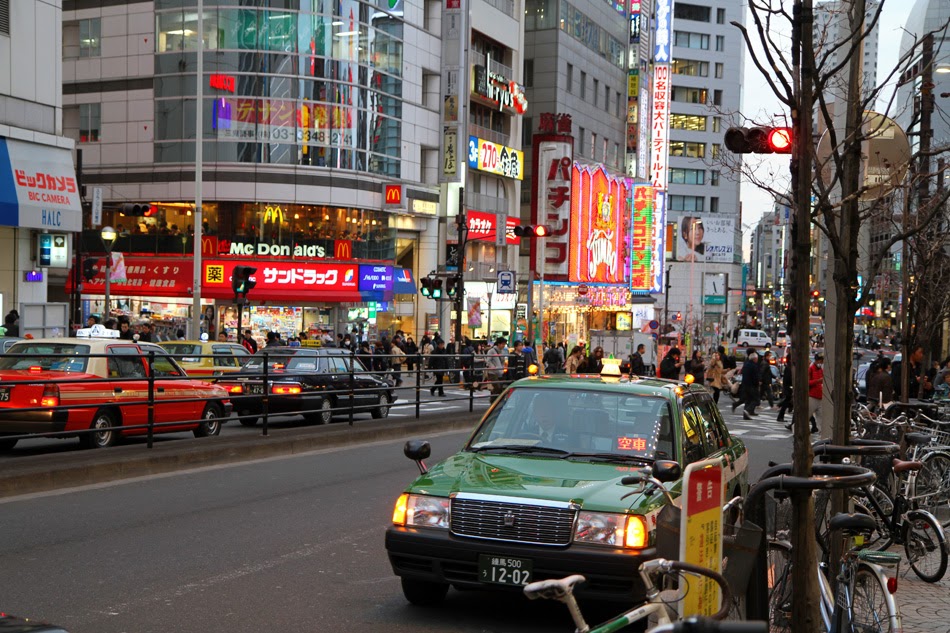 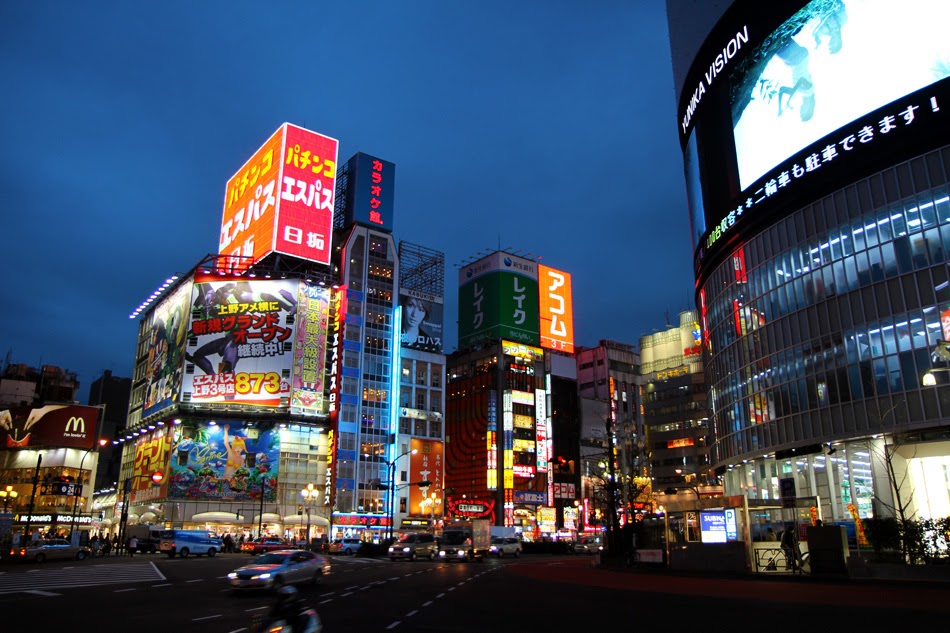 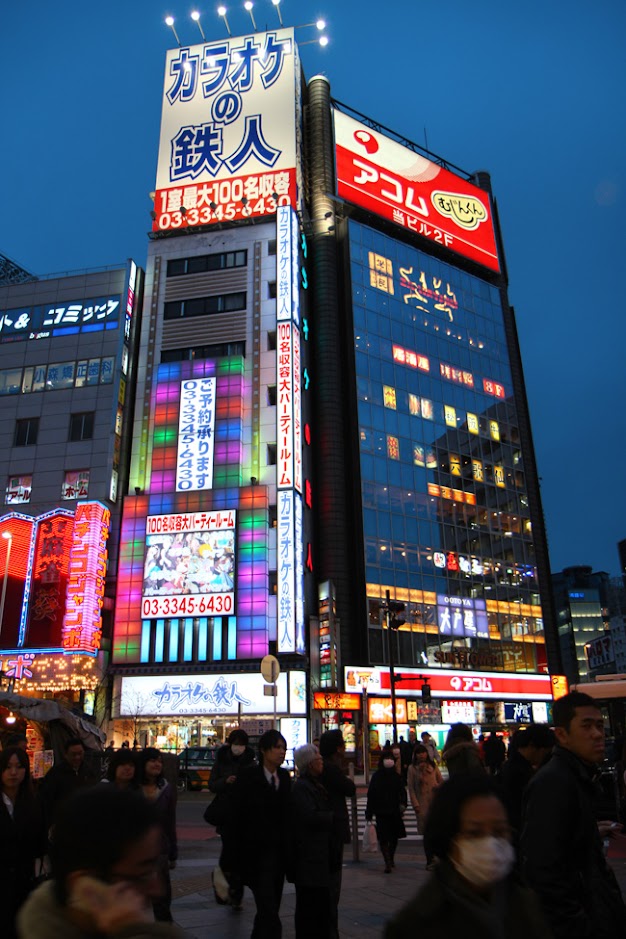 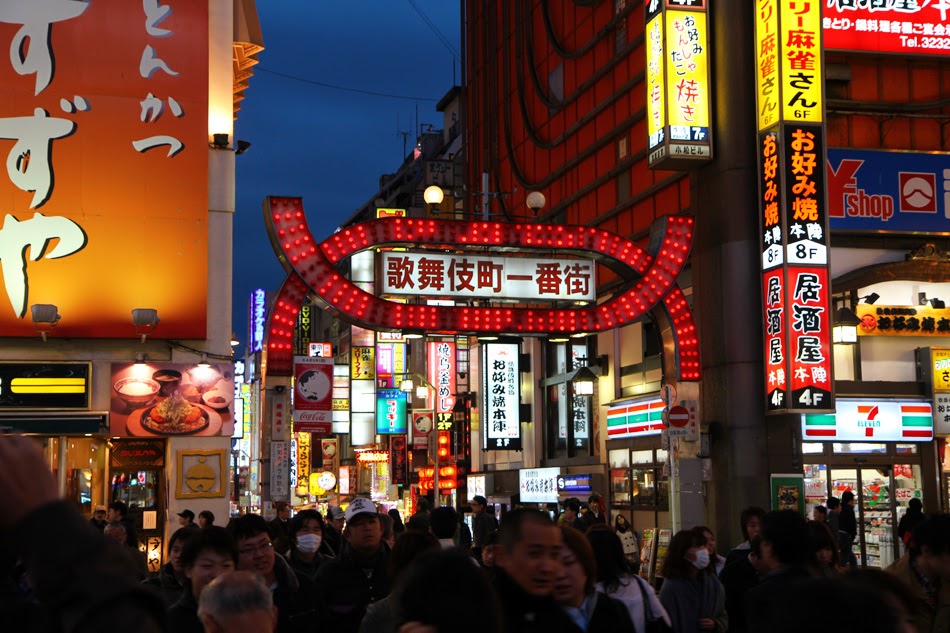 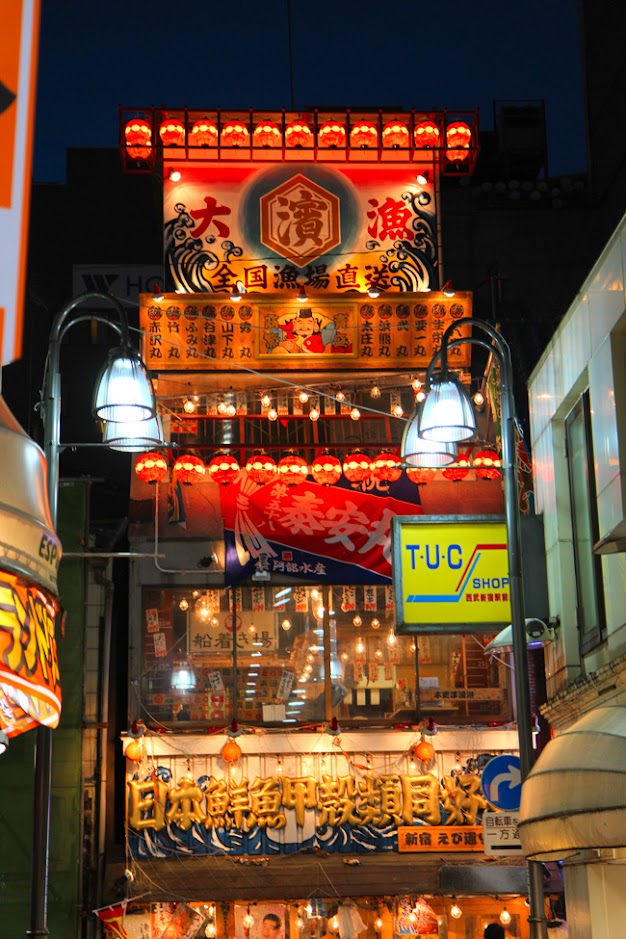 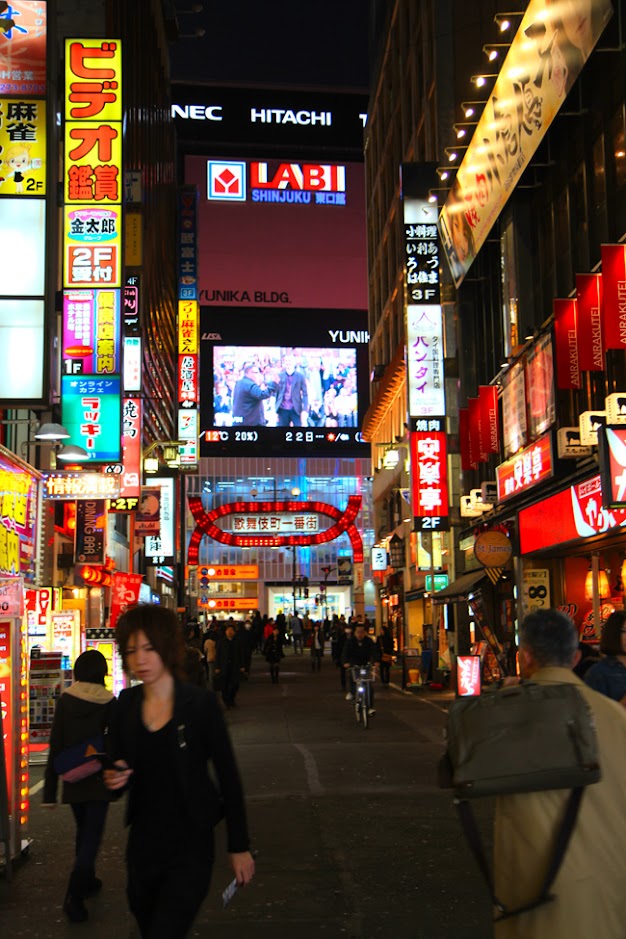 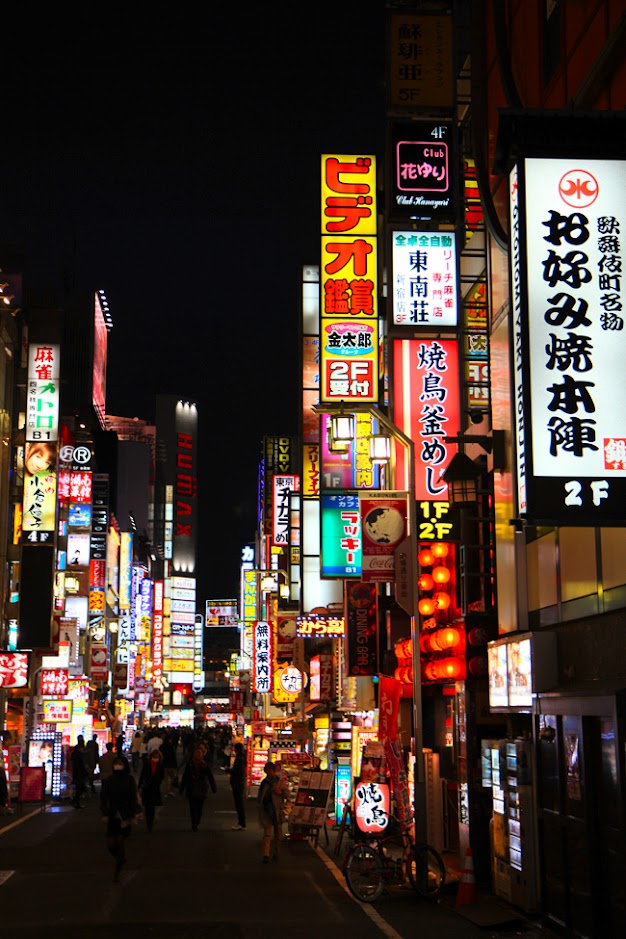 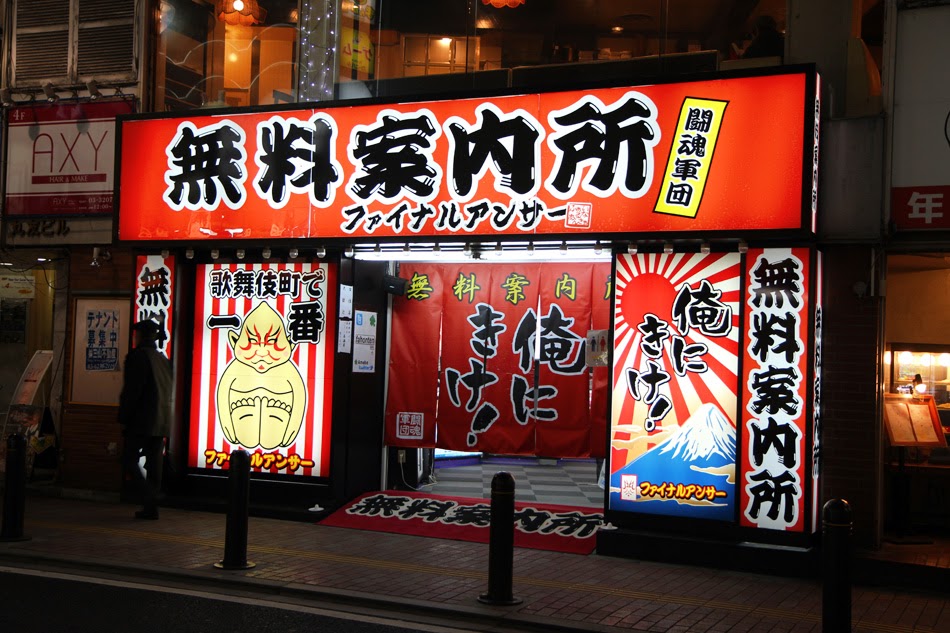 Omoide Yokocho, also known as “Piss alley”. It’s what you expect when you go to Asia, small eateries in tiny alleys. A collection of yakitori bars serving sake, beer and grilled, meats and chicken tucked behind the railway line in the northside of Shinjuku, where most can only accommodate about 5 to 6 people at most. We walked through fairly quickly, the smells alternating between brilliant cooking from the stalls. 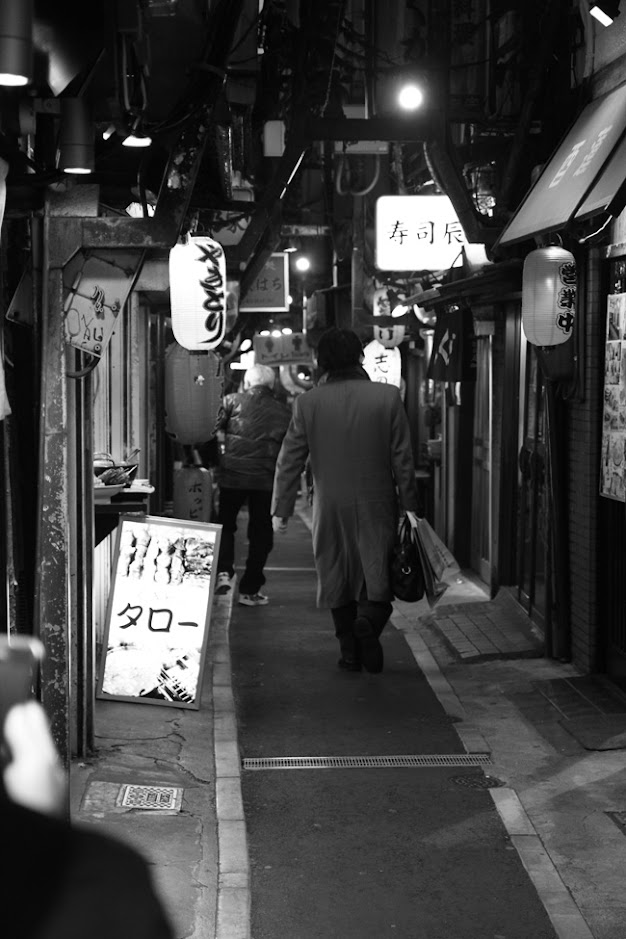 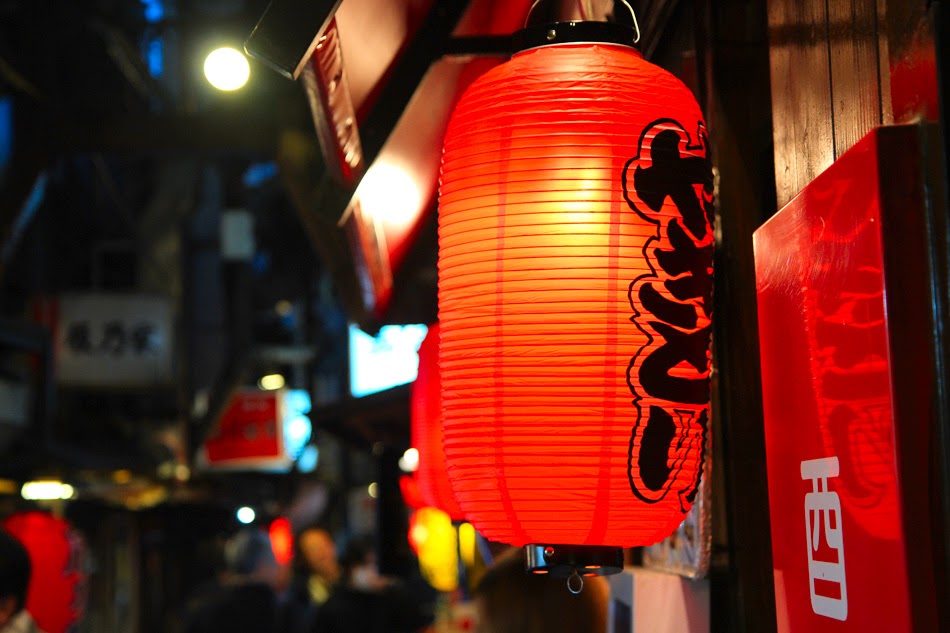 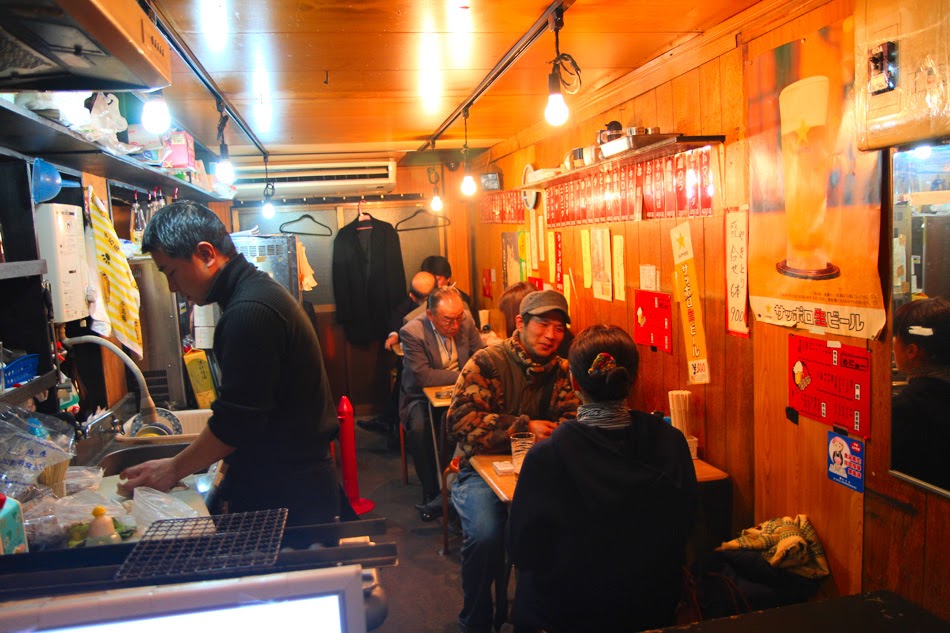 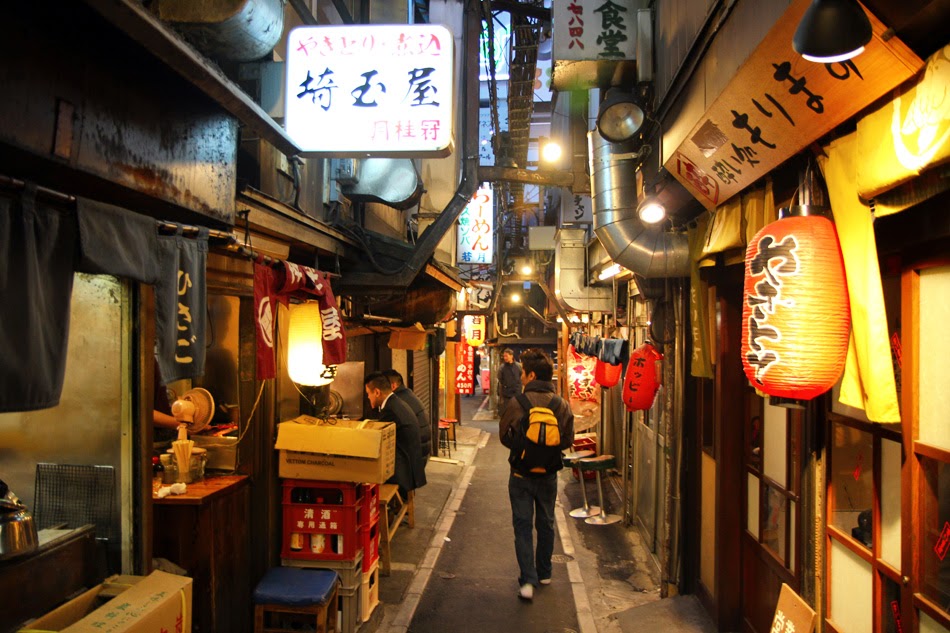 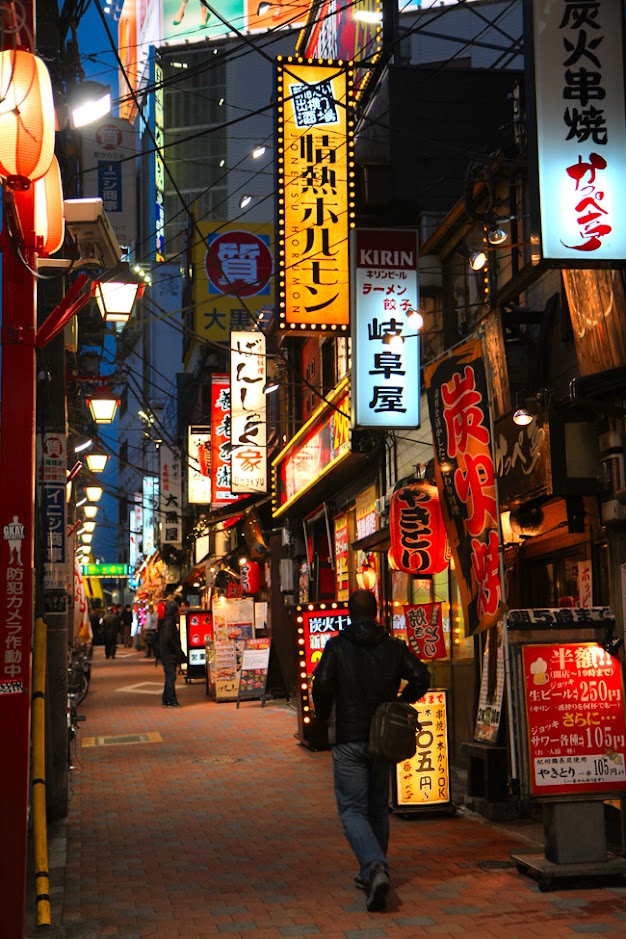 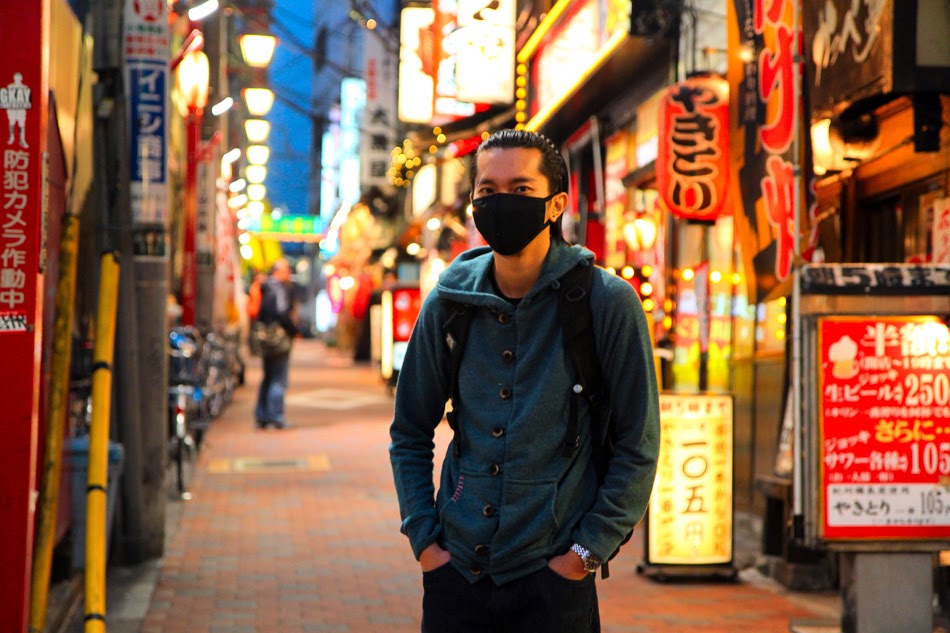 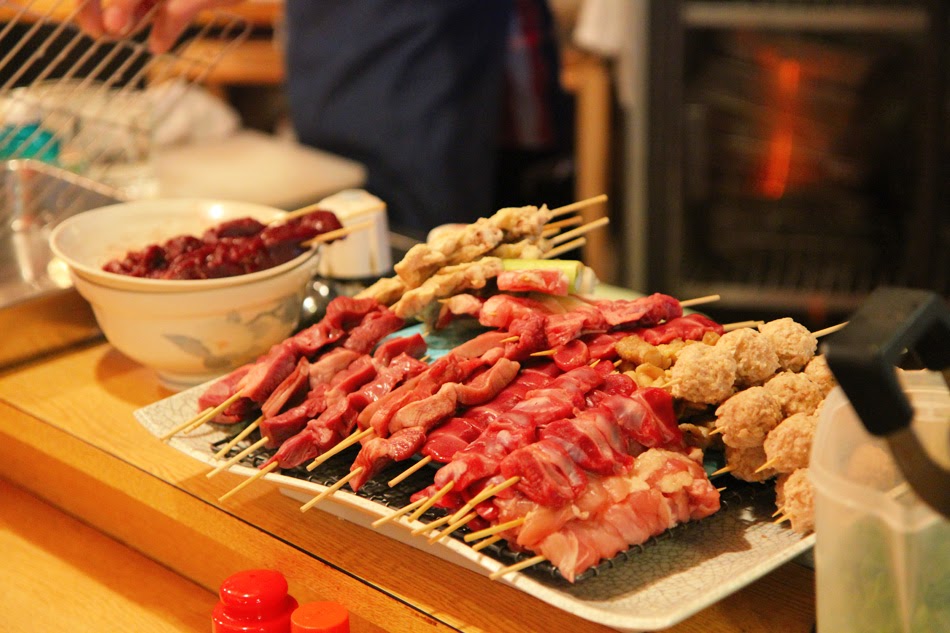 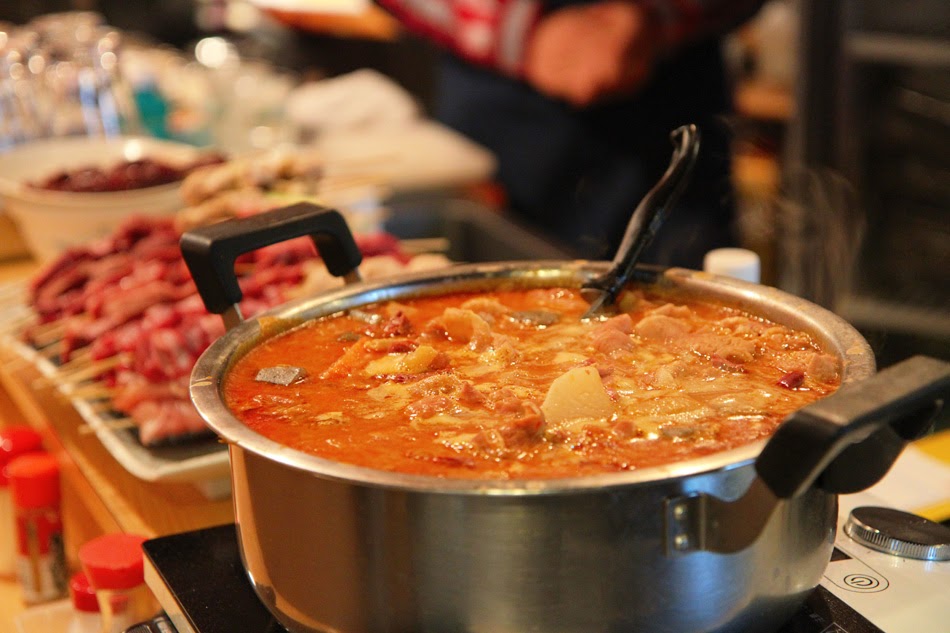 Expect no service in English, and don’t expect all the places to let you in because some are for regulars only. We found a place and sat down, the owners are warm and friendly and they speak Chinese! The place is quite smoky so we decide to dinning at second floor with two three tables, we have to climb up the little staircase and squeezing behind the few people who were sitting there. It was so quiet when the moment we sat down, quickly order two green tea to take away the embarrassment.

We have to be careful when ordering because is expensive here especially order yakitori, so we order one set for trial. Edomame on the house first, follow by 2 plates of 6 yakitori. We got some chicken, seafood, beef and a shisito peppers. And this traditional atmosphere cost 2600 yen, was it worth it? 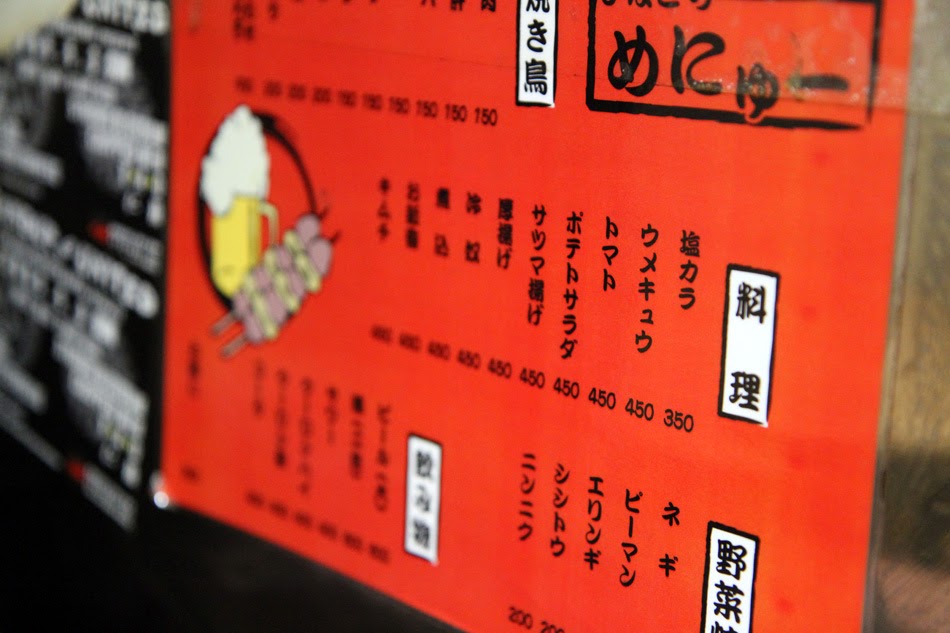 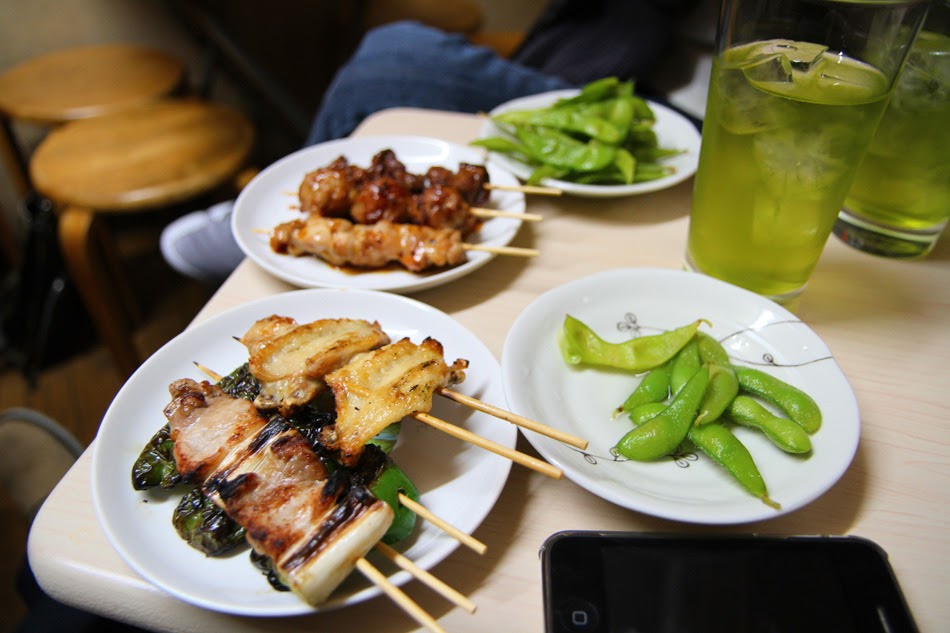 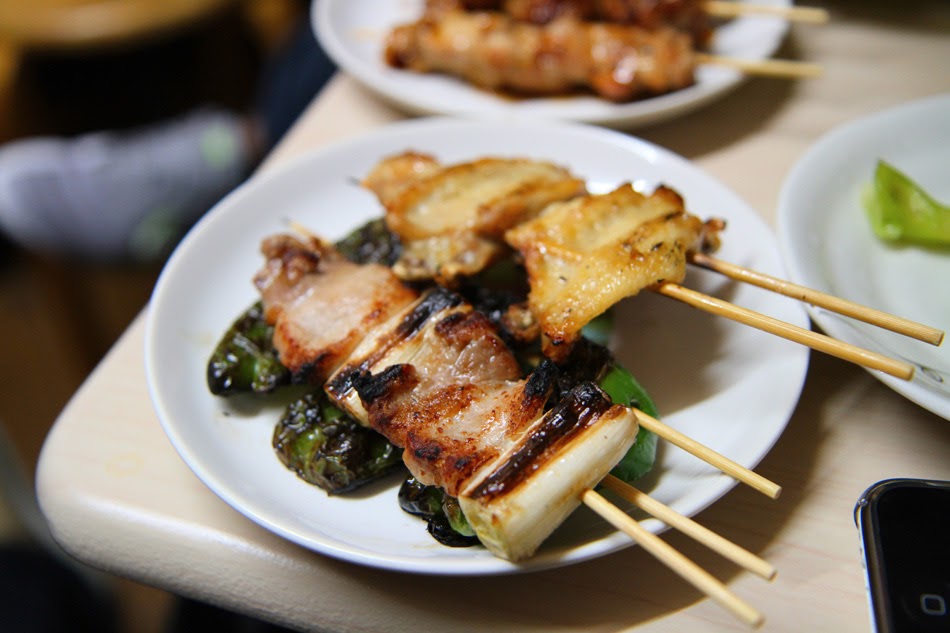 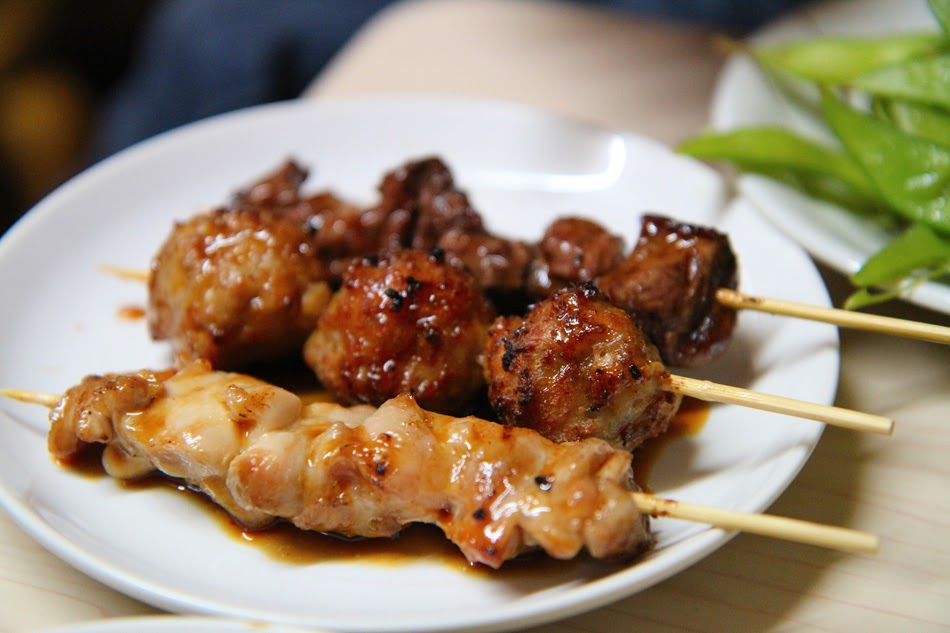 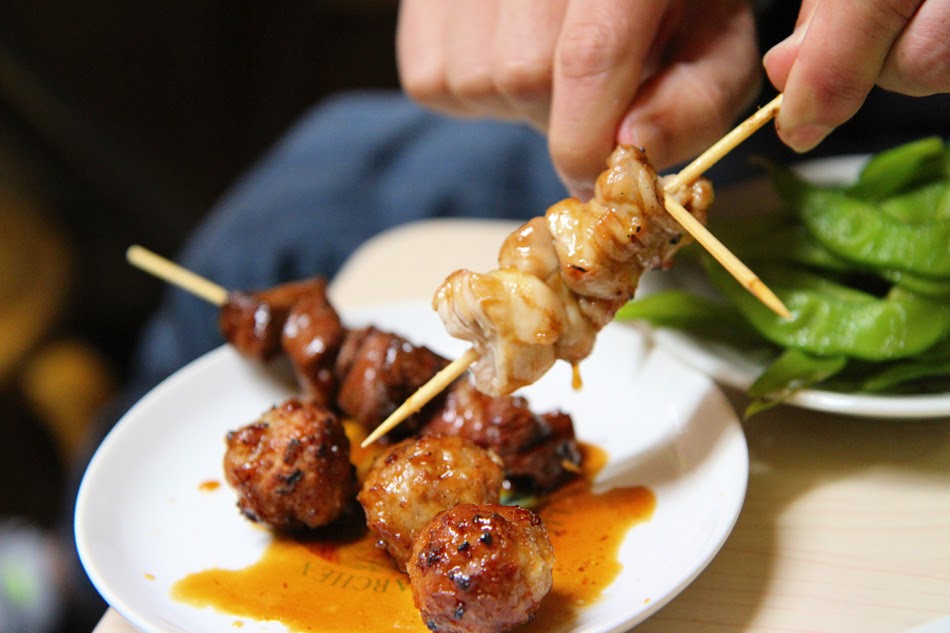 Our literary continue to Tokyo Tower at night, one of Tokyo’s most popular landmarks. Since the owner can speak Chinese, we ask the subway direction to this landmark, and they ask back are we going to new or old Tower? We are like what the hell? Got new and old tower! Indeed they have Tokyo Tower (old) and Tokyo Sky Tree (new).

Tokyo Tower, built in 1958 is 333m tall and it is still the tallest self-supporting steel structure in the world. It was originally built for TV and radio broadcasting purposes but because many high rise buildings in Tokyo now, the current tower is not high enough to cover all the broadcasting area. The city is planning a new Tokyo Tower, the “Tokyo Sky Tree” which target to open in April 2012.

When we got there we went down to the first floor then bought tickets to go up the tower. Inside the Tower are many interesting attractions like there’s an aquarium and wax museum but because when we reach there is about 9 something night, most of the shop is already closed. 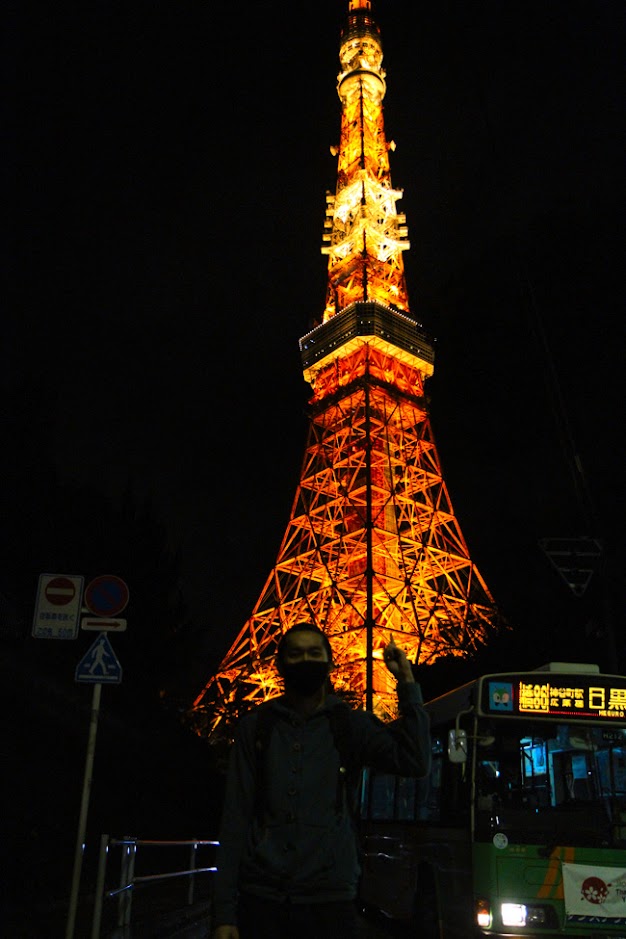 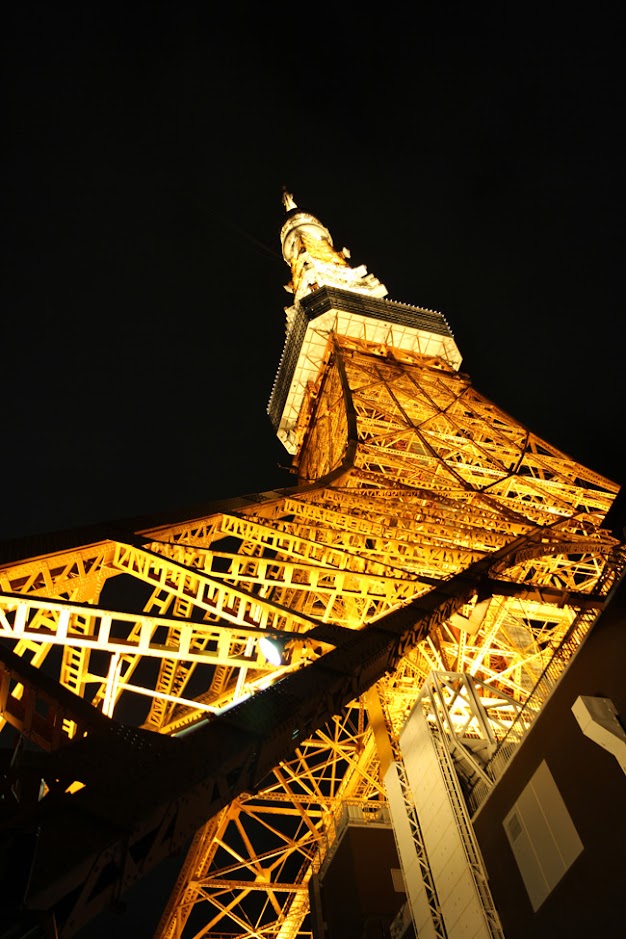 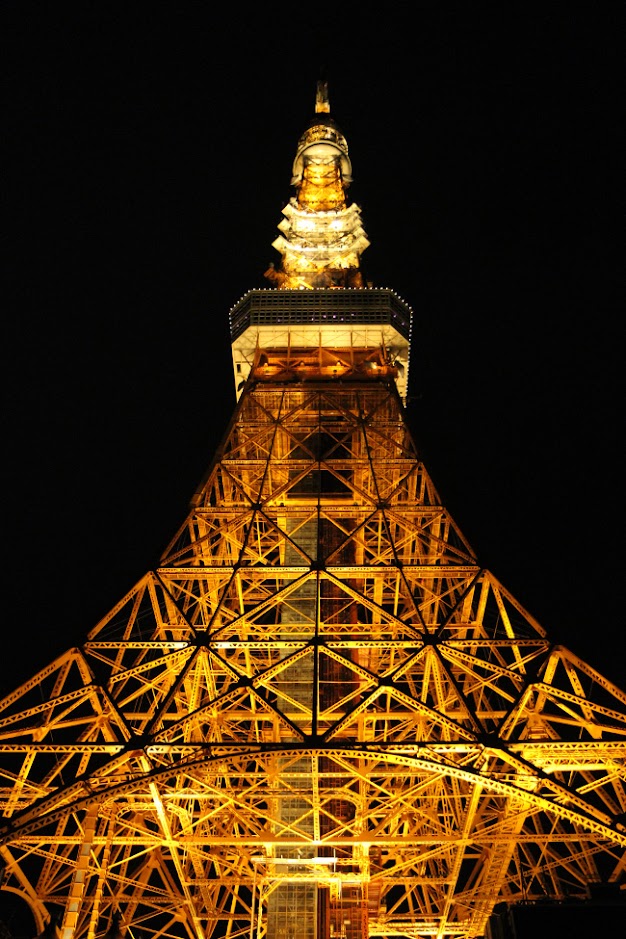 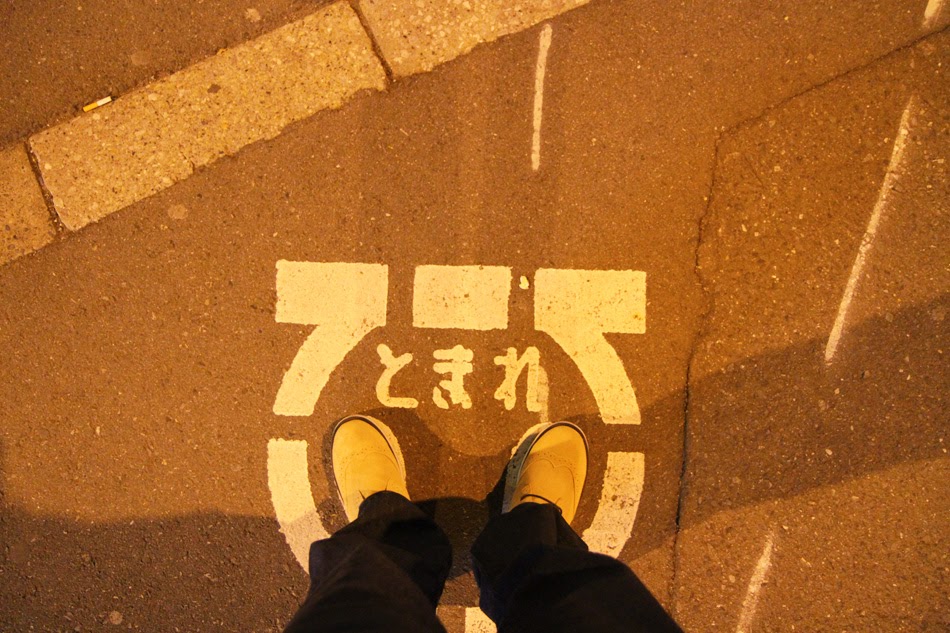