What Do You Think Of Earth Hour? 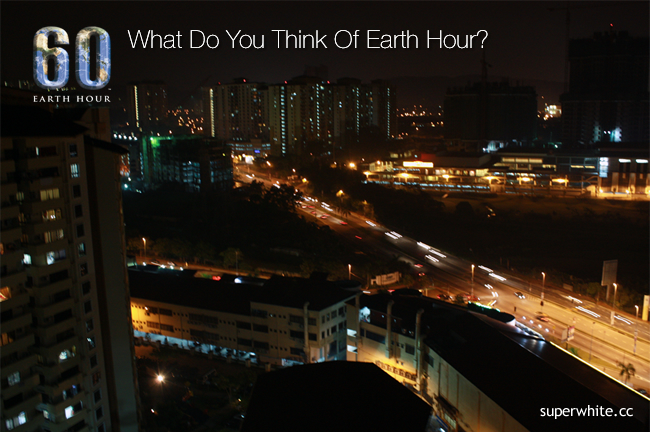 Do you think Earth Hour is useful? I see this campaign running on Sydney last year and I used to until I looked on the Earth Hour site. So the real purpose is not particularly to save energy during that specific hour (although it would be nice), but to raise awareness of how much energy we waste. If everyone around the globe switched off their lights for one hour to show the world you care with one simple action. I’ll probably do it anyway because I want to be part of the solution rather than part of the problem, so the earth hour is over and during the one hour I have turn off other electricity other than the my pc. I am sitting in the dark, officially participating in Earth Hour, but outside the houses had lights on as normal, what a sham! So I thought not everybody thinks there is a point to getting people to act as a group and demonstrate what a difference we can make when we try. I’m still glad that Earth Hour is happening (not here), and will wait with interest to see what’s happening!