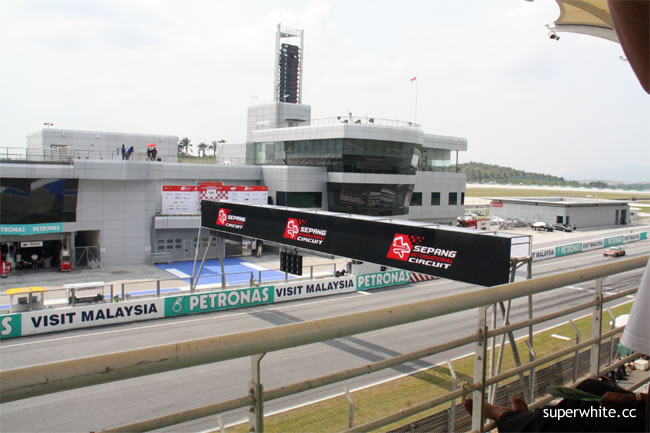 This is the moment, people crowed everywhere and we have to find a good place for a good angle. 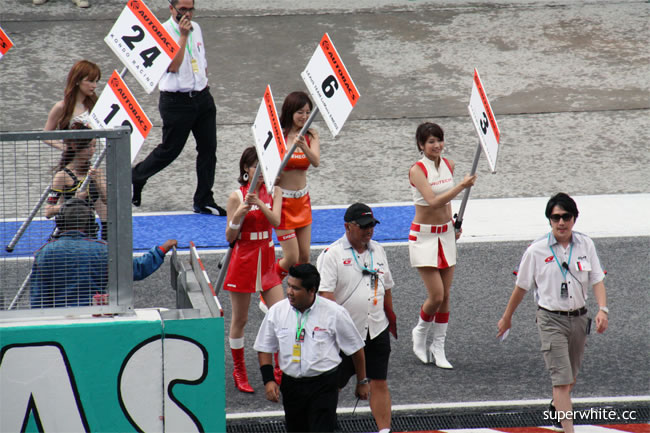 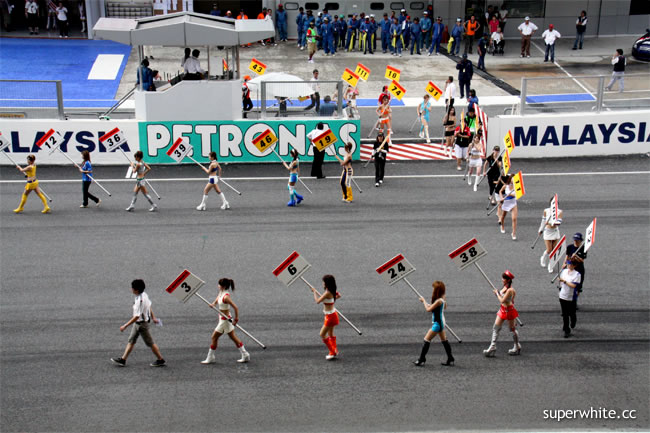 The pole-position was form into two line. 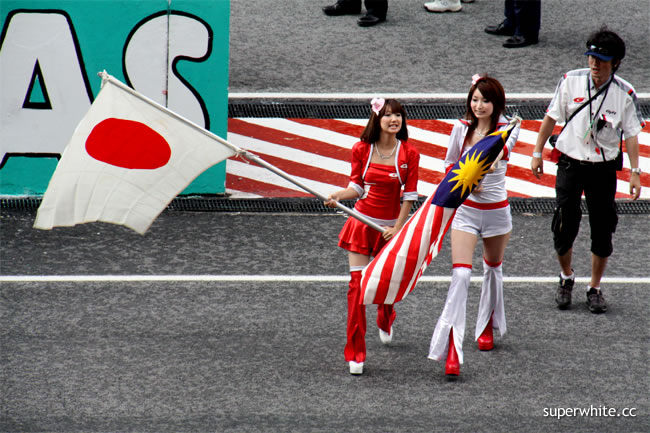 Nana and Sana holding the Japan and Malaysia flag pole. 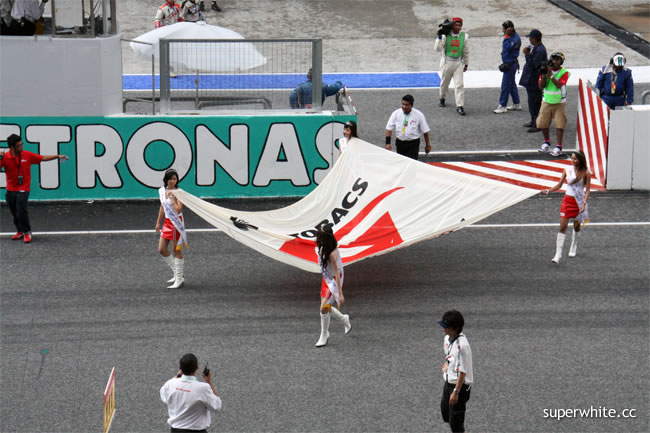 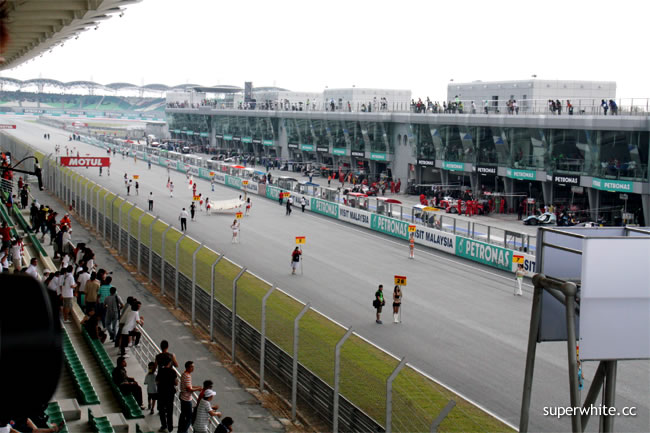 All the Race Queen was properly lined up. 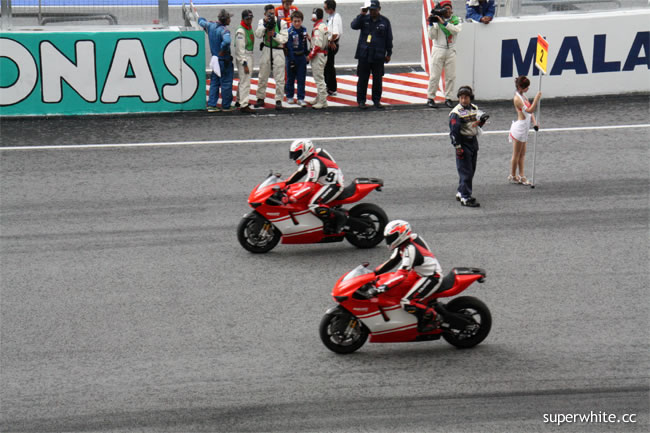 Two red super bike leading all the race car to the pole-position. 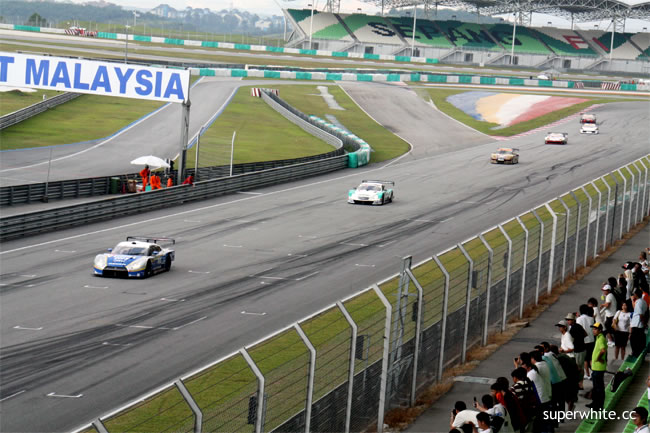 And here come all the race car. 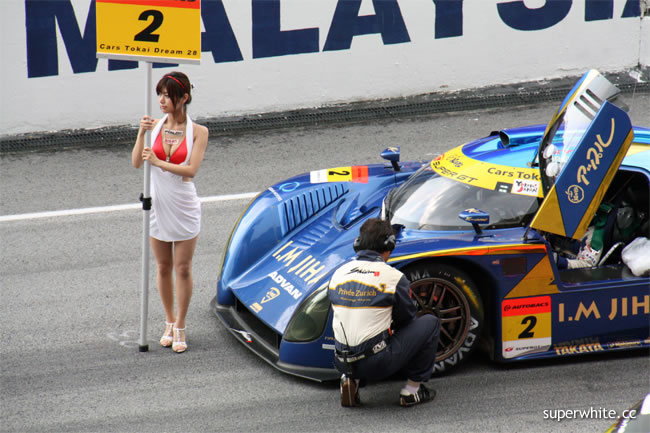 Besides the colourful Japanese cars on the grid, the GT Queens has always been the attraction to the race to add more colour and fun. 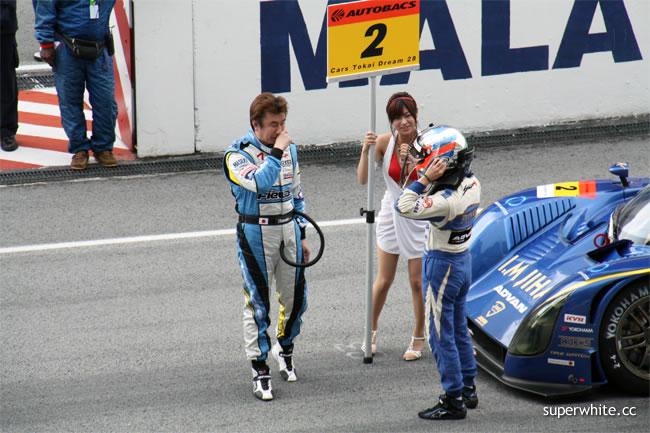 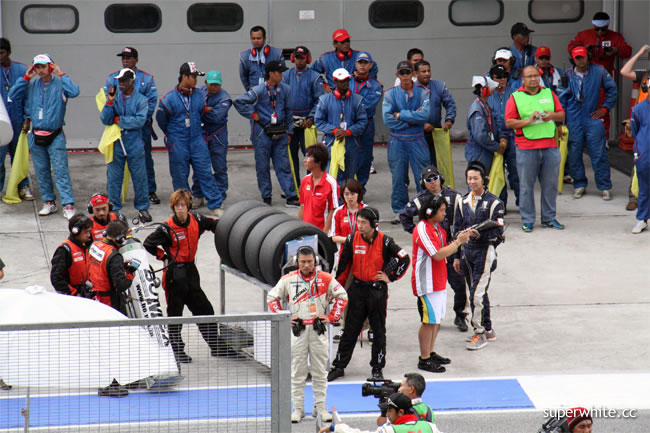 All the team mechanics preparing and waiting to GO… 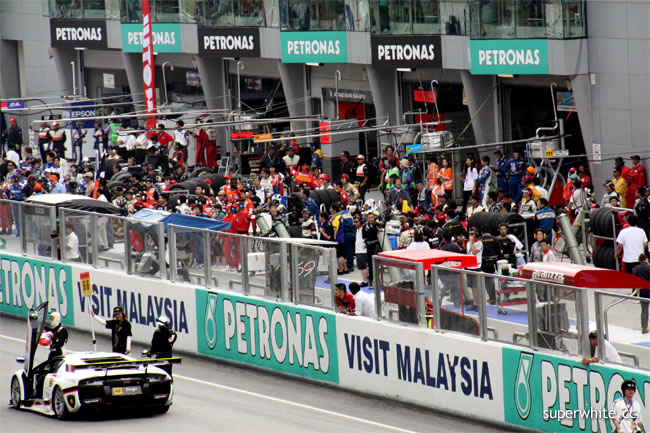 More team mechanics with all their stuffs. 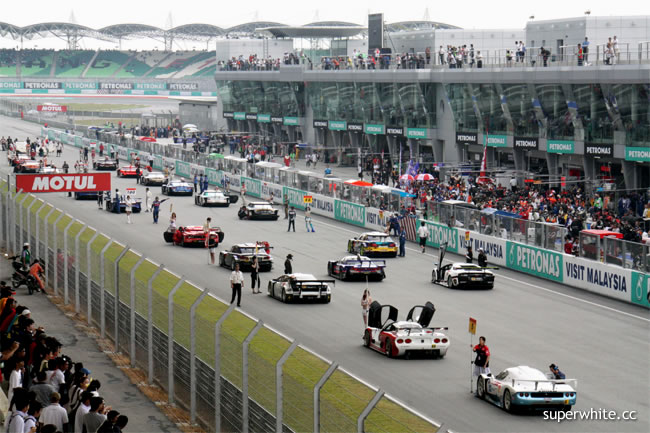 The cars are divided into two groups, GT500 and GT300 in which are raced at the same time although points are awarded separately for each group. 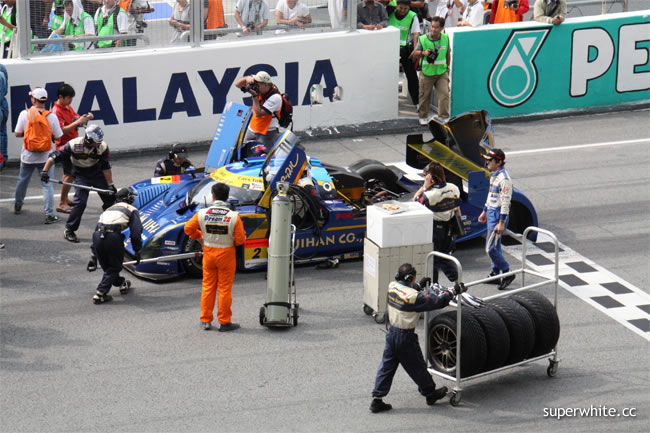 The team have to park their machine at their respective grid position, along with their team mechanics. 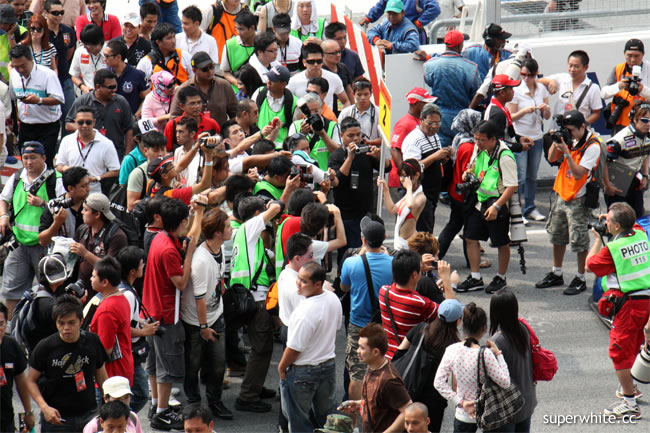 Then now is the turn to all the media and photographer coming out. Another round of Race Queen photographing session. 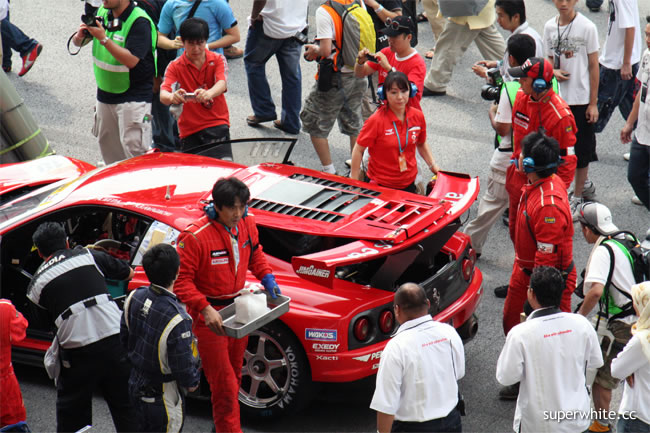 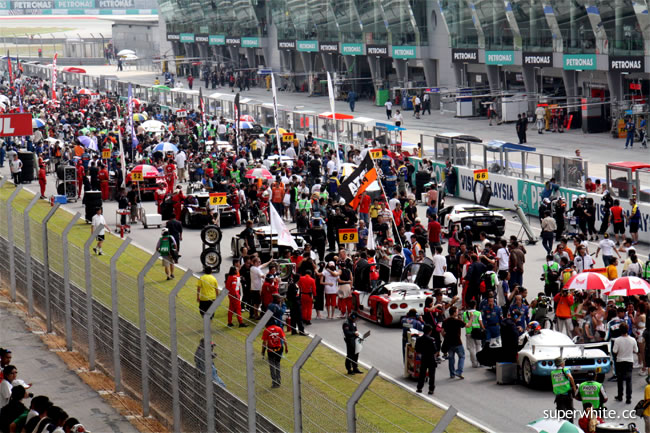 As you can see, the team are busy prepping their pits for the race and got many interview from media. 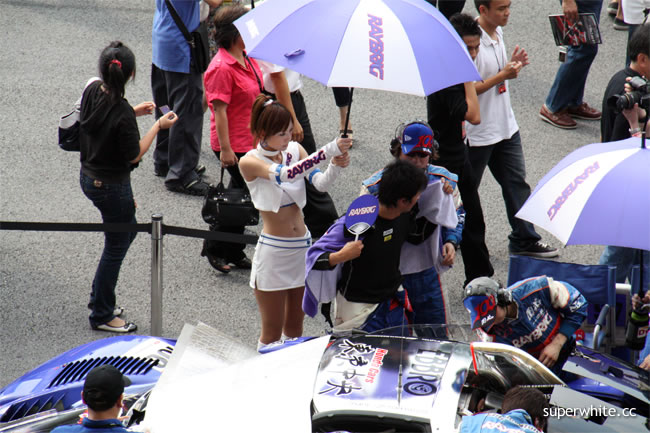 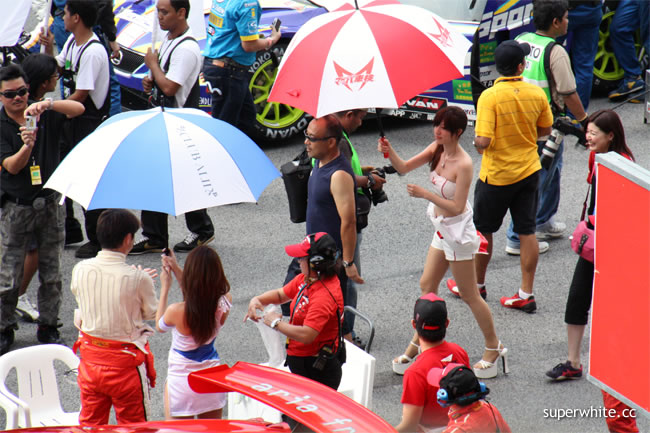 That’s the girl I been looking, Mana Mizuno from Mach Shaken Gals, I hope she can hold the umbrella for me too. 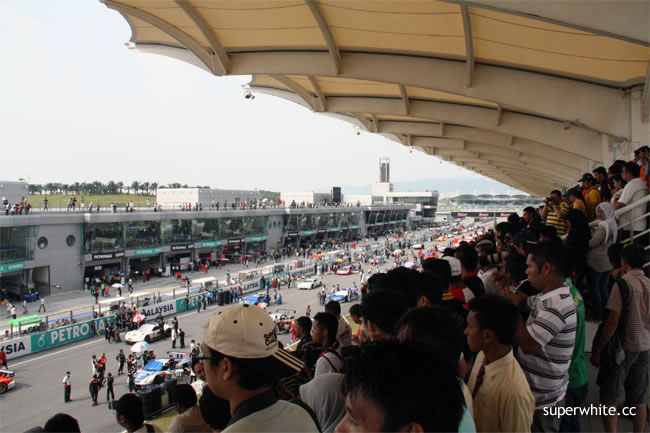 The shot from the Main Grandstand. 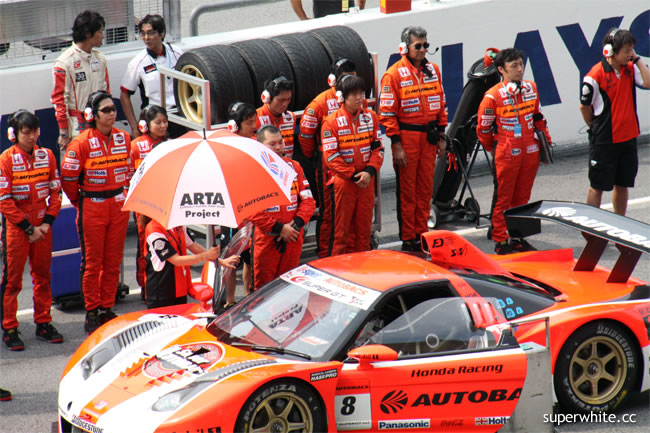 Team staff made form to attend to hear national anthem of Japan and Malaysia. Tay, did you sing Negaraku? 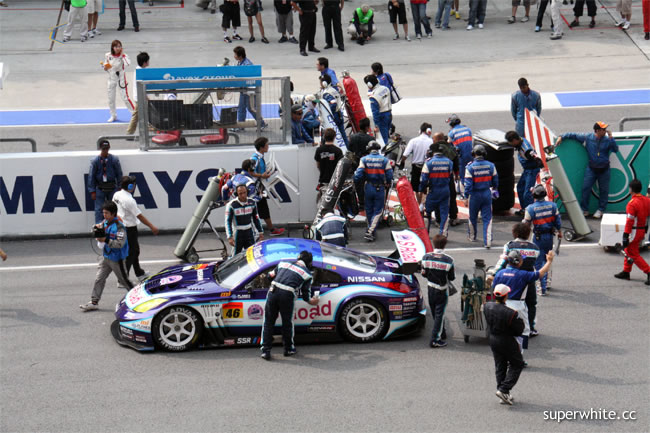 After the national anthem, all the media, photographer and race queen have to leave and teams are busy unpacking. 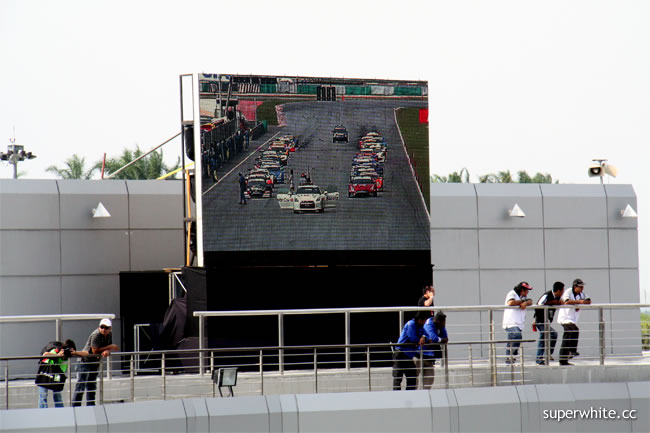 As the cars were properly lined up, the safety car horned as an indicator for the drivers to start their engine. Touched to hear the sound of the engines as they all ignite simultaneously. The crowd went crazy… 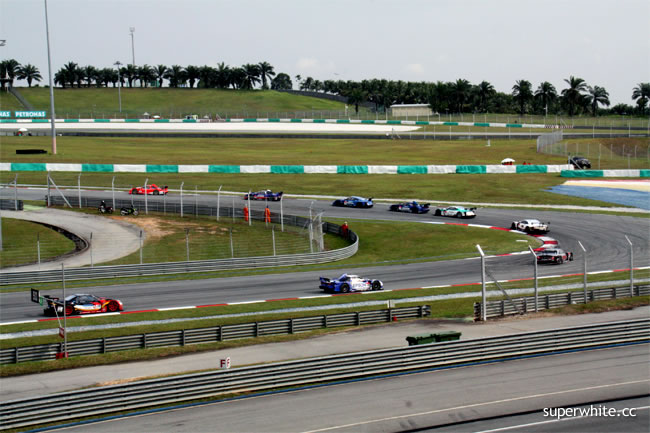 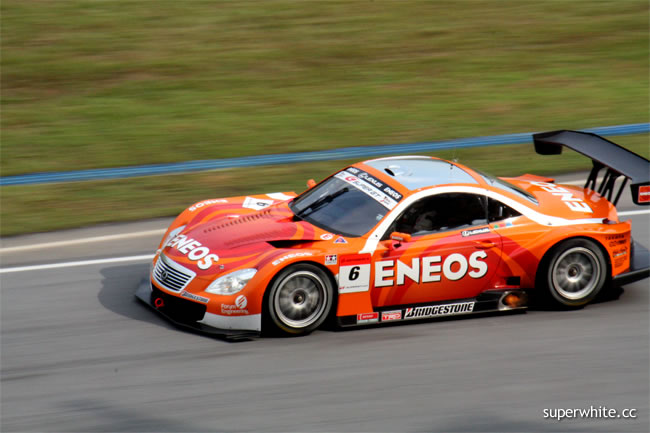 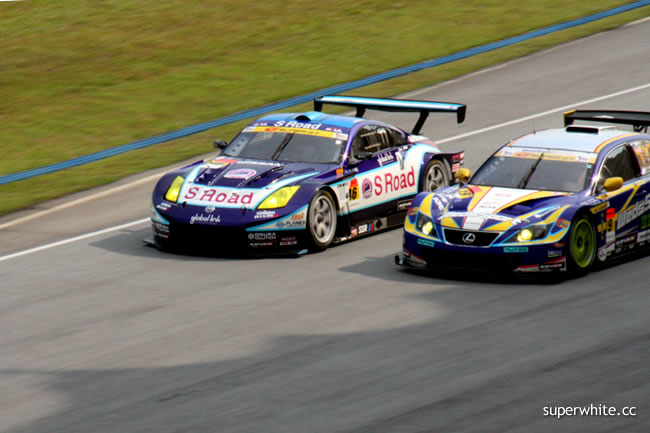 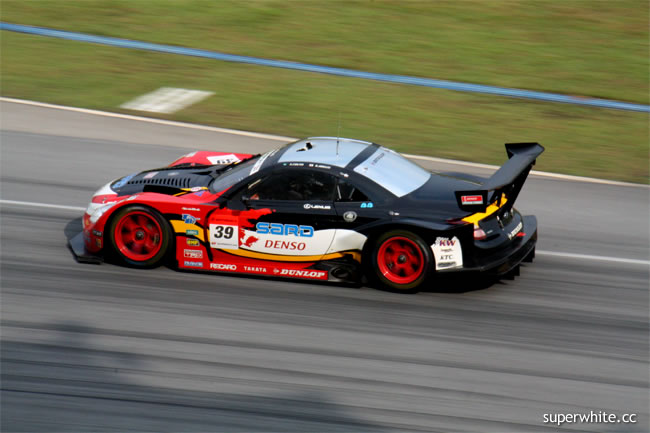 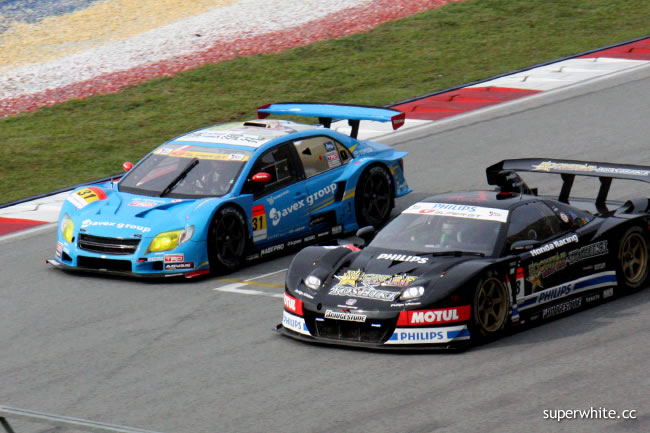 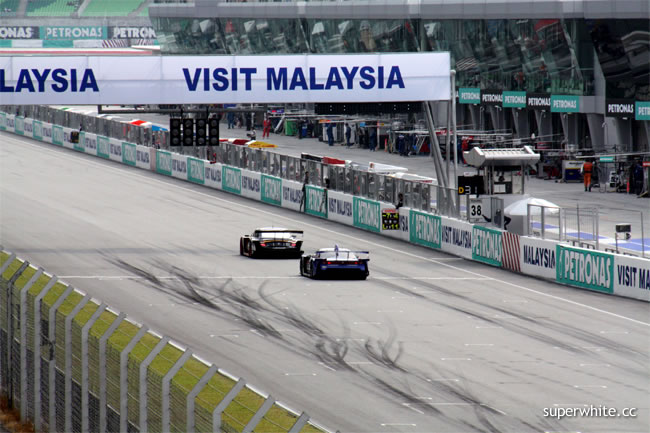 Next we going back to stage… more race queen photos behind the stage.