The only info I have about this model is that it appears in the Dynasty Warriors: Gundam game as a major antagonist in the storyline, threatening to destroy the Earth, so this Gundam is actually a villain. Love the design and all, the thick armors together with the gold tubes around them are amazingly refreshing, it looks less modern and is closer to the original samurai armor design. Personally I find it as an easy build, except the front skirt armors, it can easily break apart if don’t handle with care. It is a very nice model, the only reason I got this kit was because of the samurai look, the giant bad ass. If you like gundam, this is a must have! 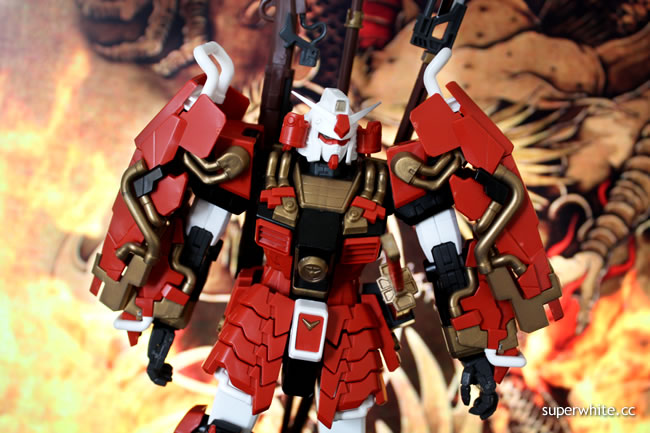 As you can see it looks exactly like a samurai. 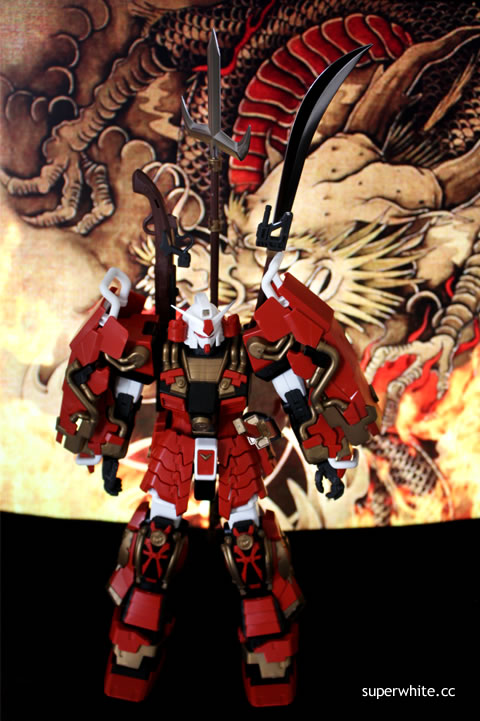 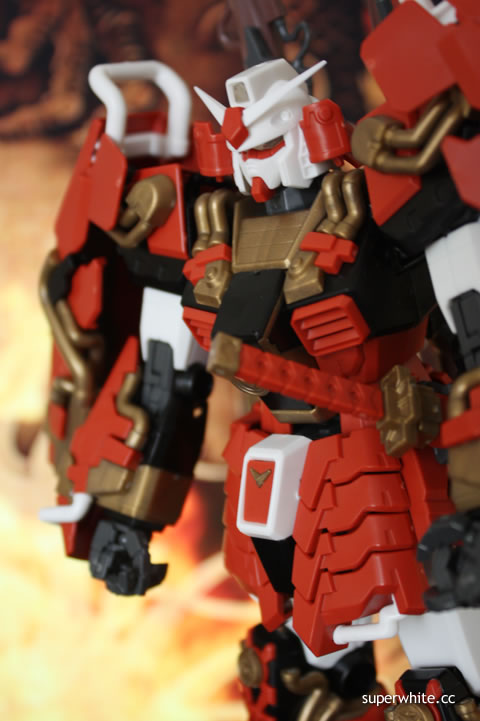 Skirt armors are composed by a whole lot of tiny parts, and the armor on this is just so sexy. 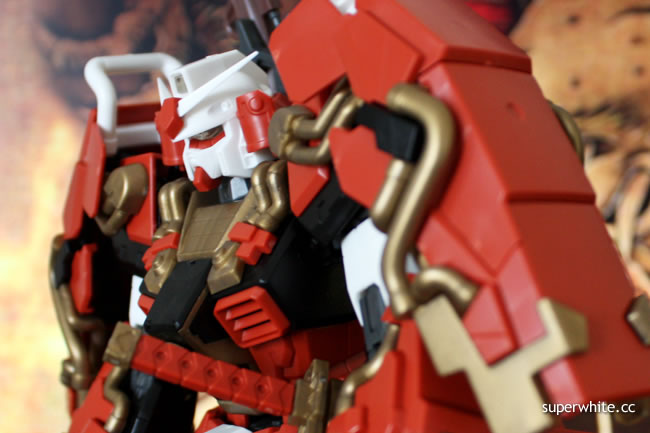 Enormous shoulder shields quite flexible and can rotate a full 360 degree. 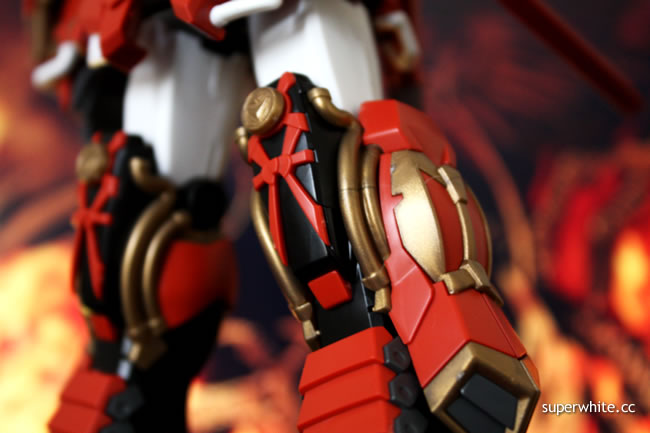 Close up to the leg, perhaps a bit more evident from this angle. 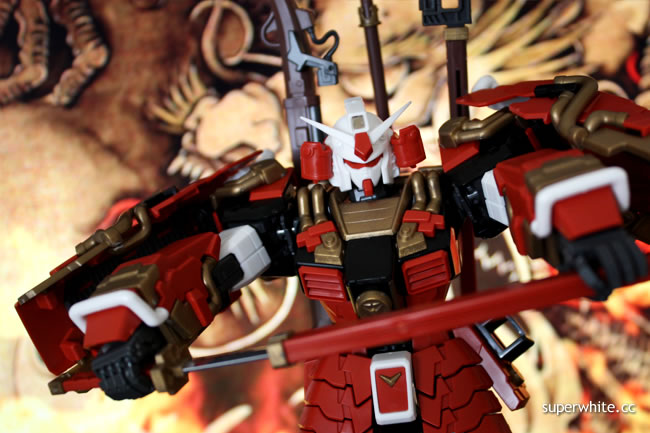 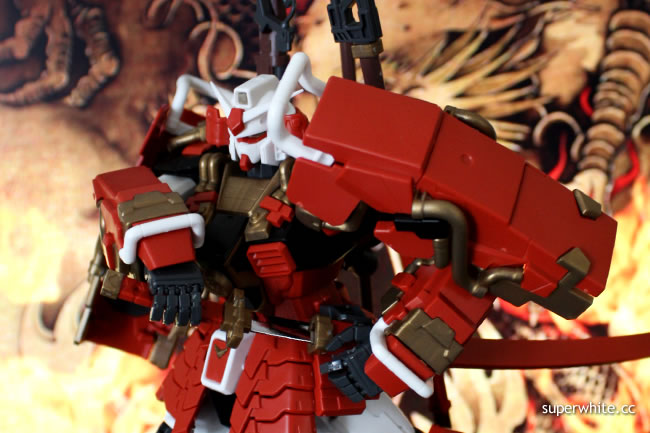 The sheath is actually functional as you can store the chromed blade. 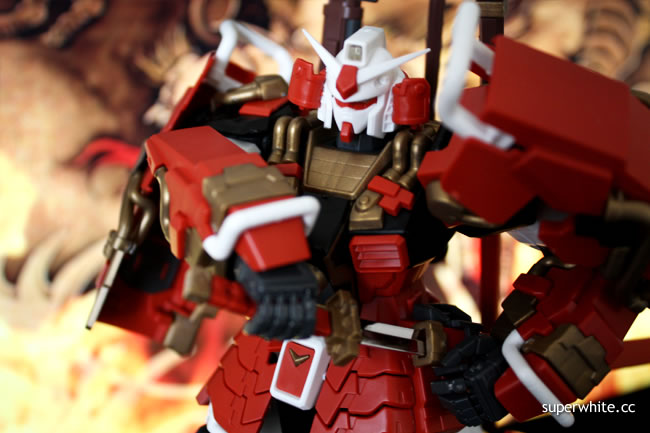 It can be held to either side skirt of the model. 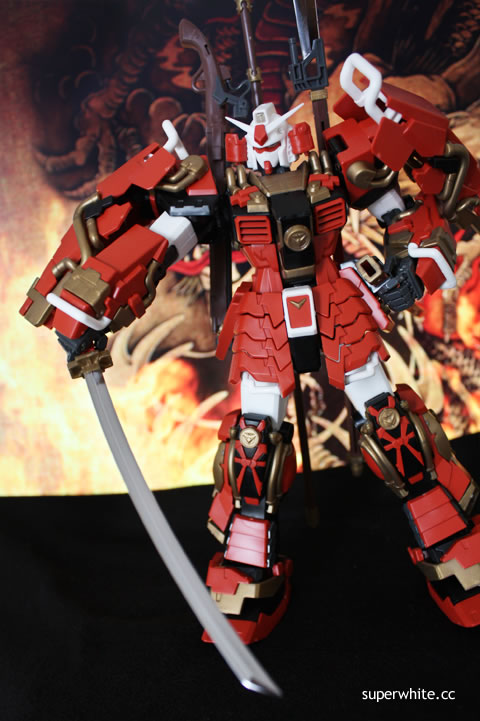 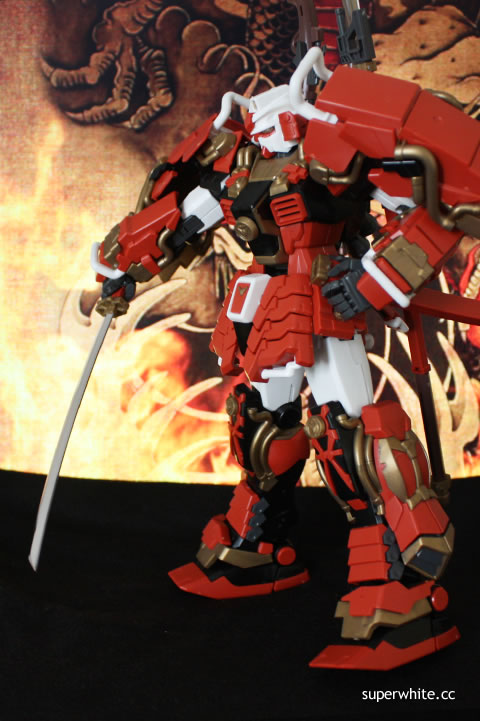 What’s not to love? The details, the possibility and the SWORDS. 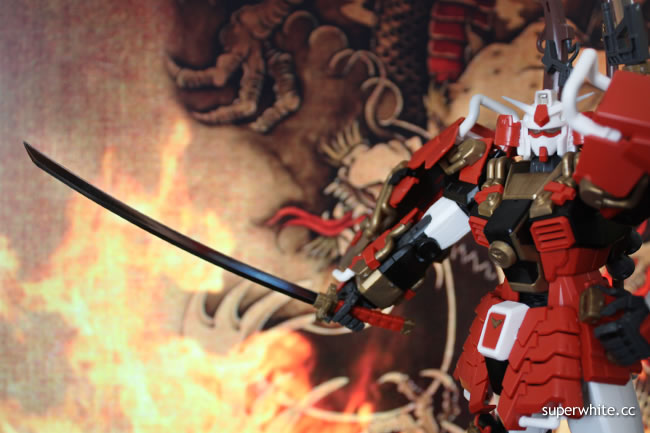 Just standing there, the model is a beauty to look at and definitely quite the attractive piece among the others. 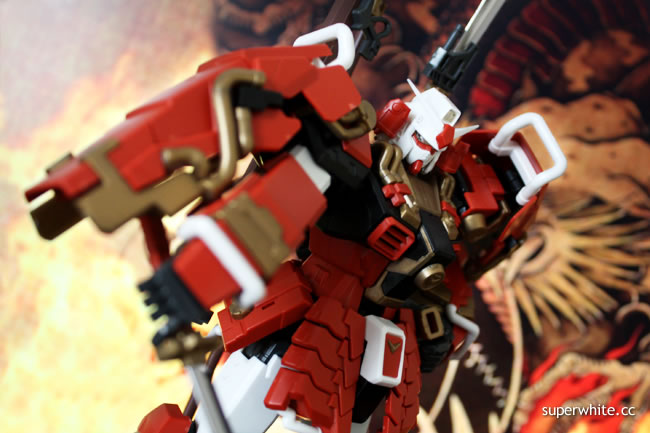 Another pose with my favorite sword, looks a bit dark here and I have to use the torch light make the sword looks shiny. 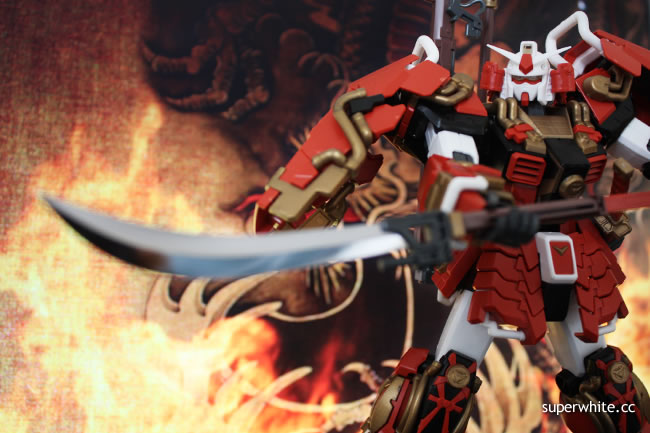 The naginata has a chromed blade, making it look extremely shiny which looks nice. 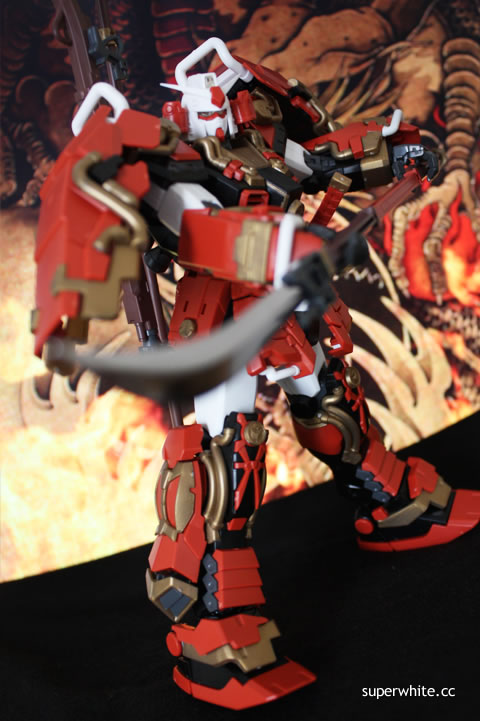 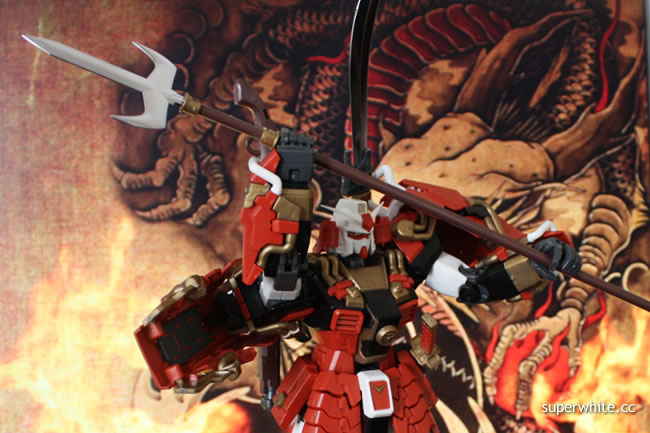 Sankoumaru jumonji yari is a trident and also in chromed, it is a very long weapon, taller than the model itself. 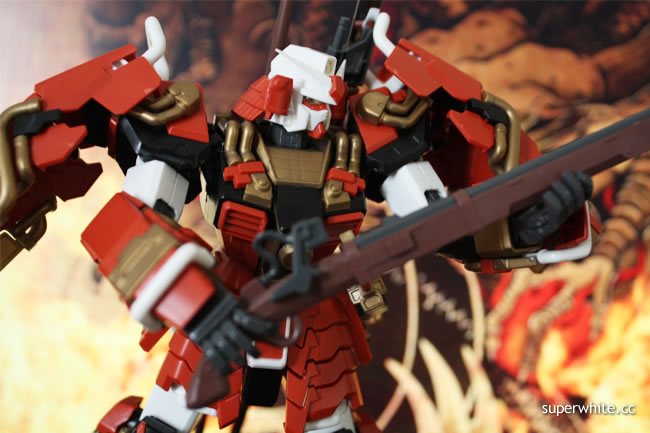 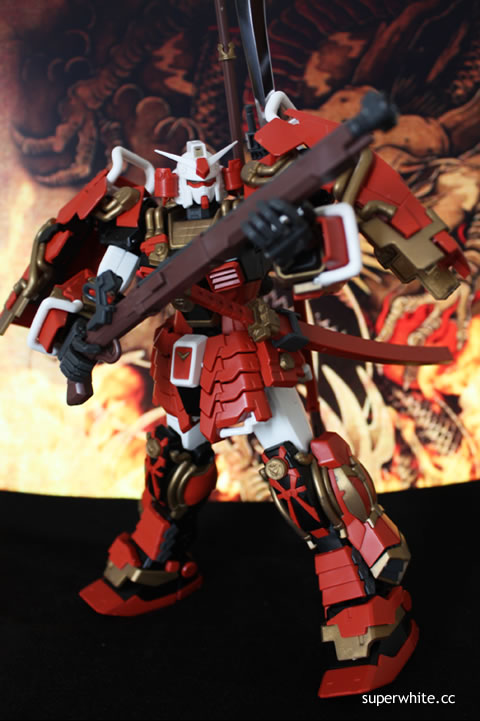 The gun looks like ancient musket, it can store in one of the racks in the back of the model.

Kanu Uncho in the office